Have you or a loved one been injured?Let the experts at Karns & Karns recover what you deserve.

With more than 65 years of combined legal experience, the personal injury lawyers at Karns & Karns know how to manage personal injury claims. We understand how devastating accidents and injuries are to your entire family. Our goal is to protect your legal rights and get you the compensation you and your family deserves. 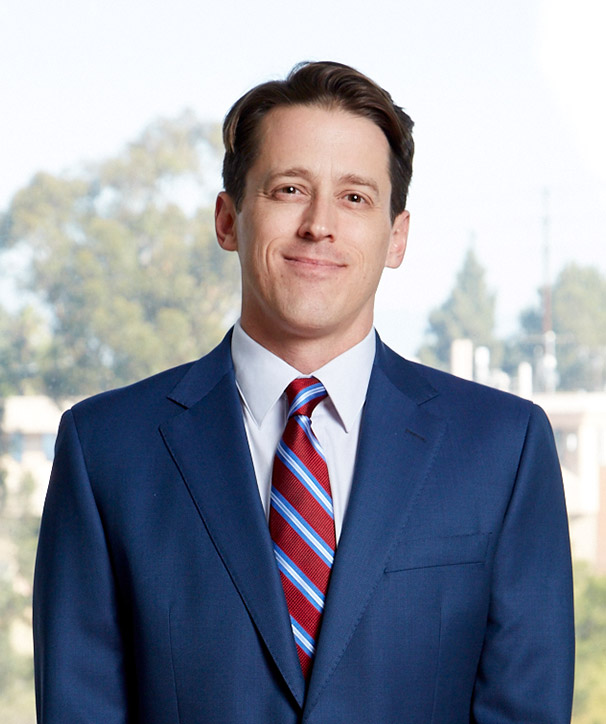 Bill is a member of the American Board of Trial Advocates (ABOTA), the Consumer Attorneys Association of Los Angeles (CAALA), and Consumer Attorneys of California (CAOC). He was selected as a SuperLawyers Rising Star in 2011, 2012, and 2013. Bill has been selected as a SuperLawyer every year since 2014. Bill received the Presidential Award of Merit and the New Lawyers Division Chair Award of Merit in 2012 from CAOC.

Bill is actively involved in all his professional memberships. He serves on CAALA’s Education Committee. He was the CAALA Government Relations Chair, responsible for electing pro-consumer candidates to public office. He served on the Board of Directors for the Italian American Lawyers Association. He has also served on the Barristers Executive Committee, and as the liaison to the LACBA Litigation Section. In 2010, Bill was appointed to LACBA’s Judicial Election Evaluation Committee responsible for rating Superior Court Judges running for office.

Bill is a zealous champion for the legal profession, and dedicates his time to educating his fellow pro-consumer trial lawyers to better serve their communities. He has had several of his scholarly articles published in CAALA’s Advocate magazine, and is frequently asked to lecture other lawyers on personal injury trial practice and strategy.

Born and raised in Los Angeles, Bill graduated from the University of Southern California and received his law degree from Loyola University School of Law. 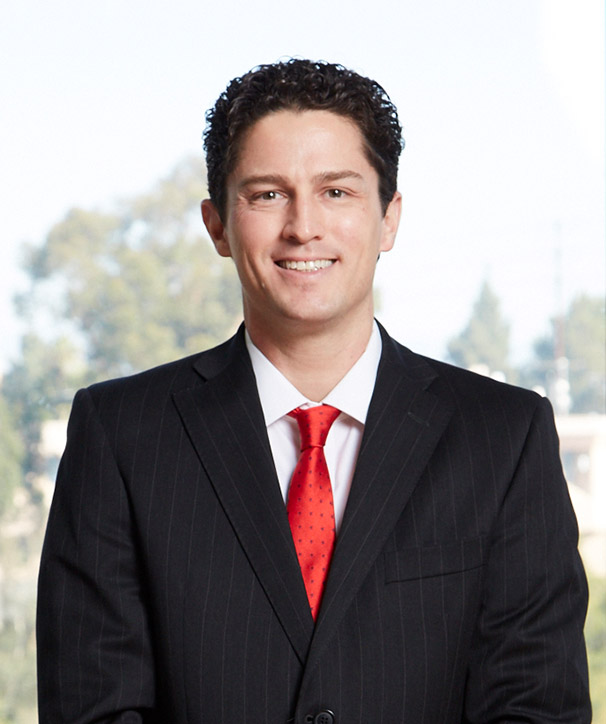 Mike was a Deputy City Attorney in San Francisco and a member of the Code Enforcement team, where he specialized in coordinating the efforts of the Building, Health, Planning, Public Works, Fire, and Police Departments to identify and respond effectively to health and safety threats and other public nuisance issues in San Francisco’s neighborhoods. He also pursued and won additional remedies against violators through litigation.

Mike was born and raised in Los Angeles. He received his Bachelors of Arts in philosophy from Stanford University, and his Juris Doctorate from the University of Southern California Law School. He is admitted and qualified to practice law before the Courts of the State of California, the United States District Courts, and the Ninth Circuit Court of Appeals. 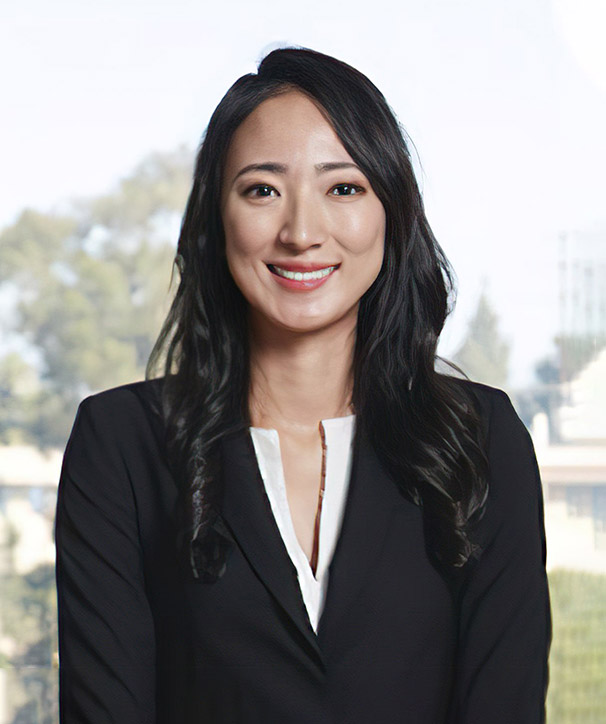 Mia brings a unique perspective to the Karns & Karns litigation team, having started her career as an insurance defense attorney. Mia represented some of the nation’s largest insurance carriers and understands how they value and litigate claims.  Today, Mia brings the fight to those same insurance companies on behalf of her clients, Plaintiffs who have been injured or damaged as the result of someone else’s negligence.

During law school, Mia had the opportunity to study abroad and work at the Seoul Central District Court in South Korea, where she worked with District Court Judges to prepare Korean cases for submission to the United Nations Convention on Contracts for the International Sale of Goods (CISG). While living in Korea, Mia attended Sungkyunkwan University Law School, focusing her studies on international business transactions.

Mia was born in South Korea and is fluent in Korean. She received her Juris Doctorate from Florida State University College of Law in 2013 and is admitted to practice law in both California and Florida. Mia is a member of the Consumer Attorneys Association of Los Angeles and the Korean American Bar Association. 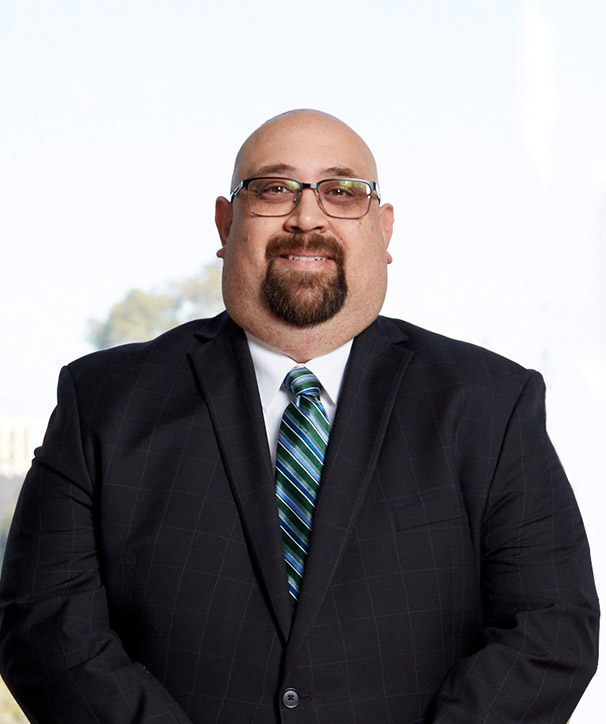 Timothy Mitchell is a Los Angeles native, born and raised in Sylmar, California.  Since a young age, Timothy planned on becoming a trial attorney.  Even in high school, Timothy volunteered to work in the Los Angeles County District Attorney’s office as a clerk.  While his uncle studied for the bar, Timothy would evaluate the caselaw in the books.  As a kid, Timothy used to go watch his uncle work as a District Attorney in San Fernando.

Timothy received his Bachelor of Arts from the University of Southern California with his major in history, specializing in antiquities and the civil war.  Timothy received his Juris Doctorate from La Verne College of Law in 2004.  Timothy passed the bar exam on his first attempt, and immediately began his career as a litigation attorney.  Timothy became the managing attorney at a large Downtown Los Angeles litigation firm before joining the litigation team at Karns & Karns.

Timothy has represented clients with complaints against private citizens, corporations, and government entities, including police brutality matters, in both state and federal court. 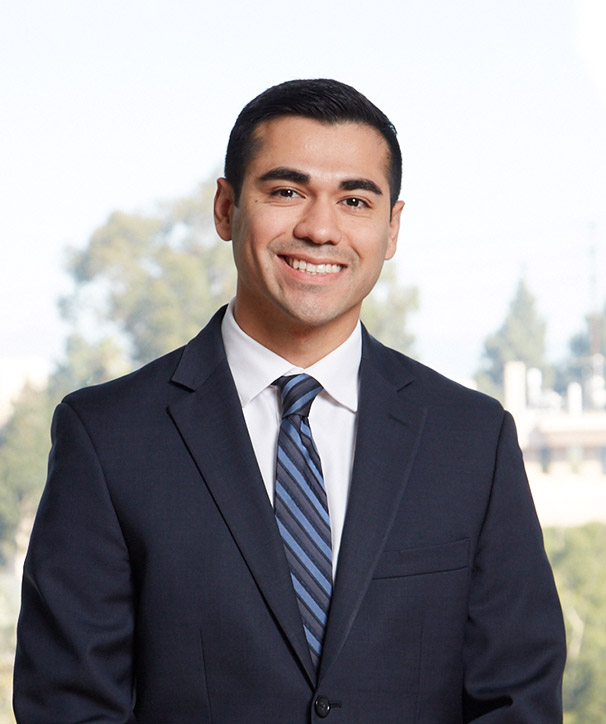 Edgar Vera was born in Ensenada Mexico and emigrated to the United States in 1996 when he was 7 years old. He graduated California State University of Long Beach in 2011. Edgar put himself through college by working Fridays, Saturdays, and Sundays as a manager of a McDonald’s in Long Beach. He also volunteered Friday mornings at the Legal Aid Foundation of Los Angeles. Edgar graduated with a 3.7 GPA with honors with a B.A. in Philosophy and a B.S. in Criminal Justice.

Edgar’s hard work paid off when he was accepted to Loyola Law School of Los Angeles on a full academic scholarship. While at Loyola Law School, Edgar excelled in trial advocacy, joining Loyola Law School’s prestigious Mock Trial Team, which ranked #4 among all the nation’s law schools at the time. Edgar graduated from Loyola Law School in 2015 and passed the July 2015 California Bar Exam.

Edgar entered the personal injury field when he was sworn in as an attorney on December 1, 2015. He has personally handled hundreds of cases involving: auto accidents, trucking accidents, wrongful death, premises liability, medical malpractice, and dog bites. Edgar is both passionate and pragmatic when it comes to fighting for justice.

He is fluent in both English and Spanish.

Edgar is a proud member of the Consumer Attorneys Association of Los Angeles, the Mexican American Bar Association, and the Christian Legal Society. 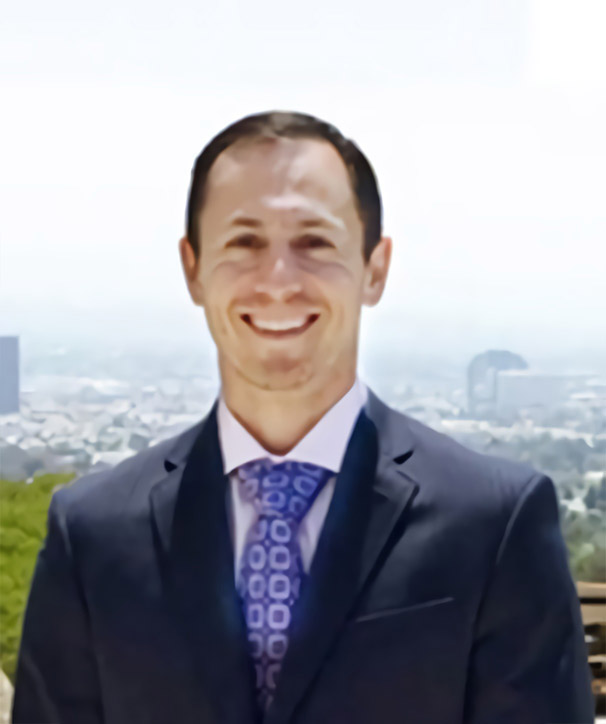 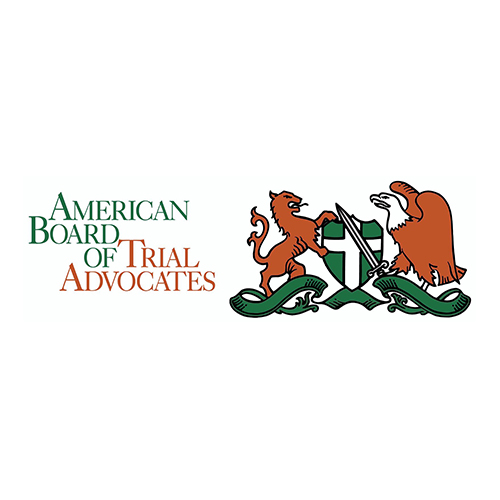 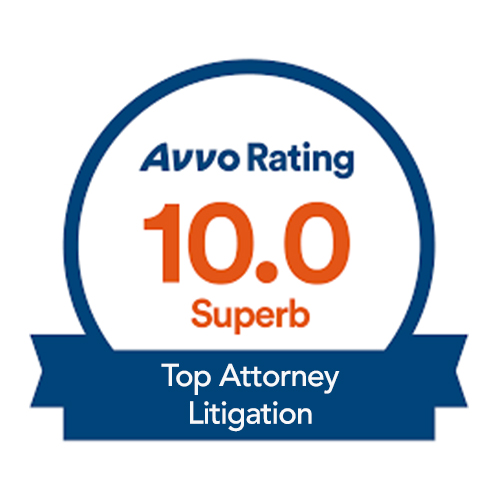 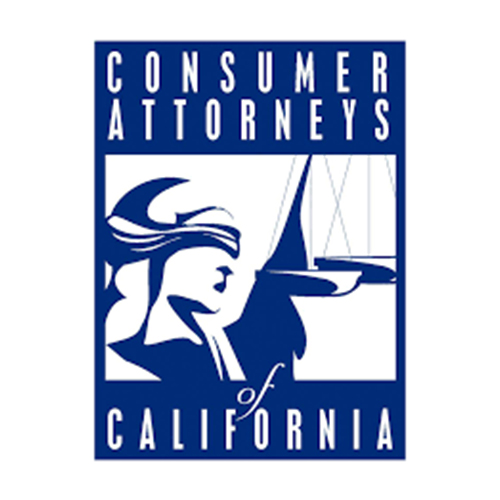 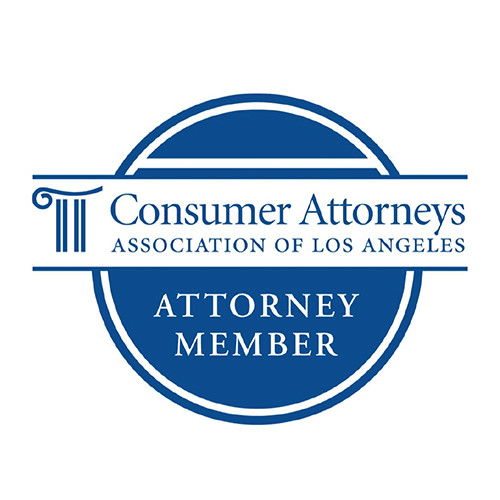 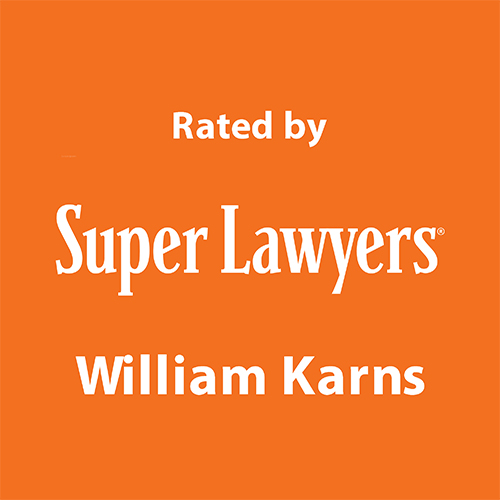 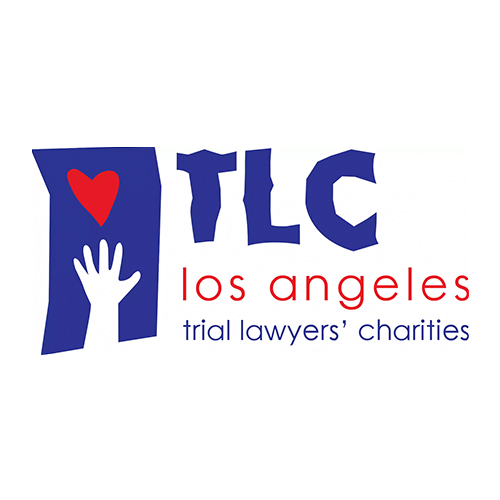 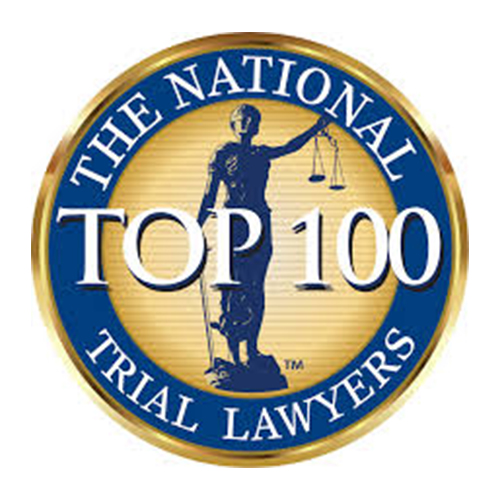 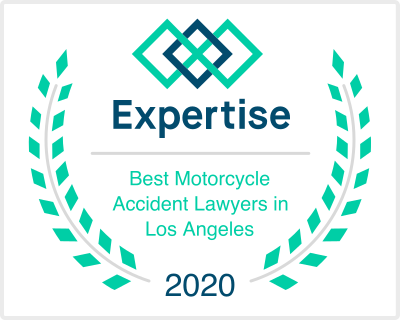 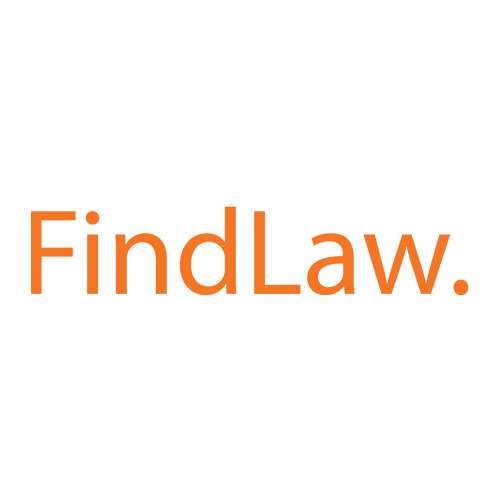 Hear what others have said about us

Thank you so much for all the work everyone contributed to bringing my case to a successful conclusion. I am truly grateful to everyone.
Stephanie C.
Very friendly, professional, knowledgeable and always kept me up-to-date on what was going on with my case. Thank you Karns & Karns!
Jean B.
Most knowledgeable and helpful personal injury firm in town. The best.
James T.
After a horrible incident and life-changing event, Mike and Bill brought hope back into my life.
Mona L.
I was traumatically injured on the job by a negligent forklift driver. I reached out to Karns & Karns when I began to suspect that my other attorneys didn’t have the expertise to resolve a complicated case where the defendant, a massive organization, said I was at fault. I’m certainly glad I did. Bill and Mike treated me with respect, knew the law, and did exactly what was necessary to make the defendant accept responsibility for their bad acts. I recovered $1,000,000.00, and I have Karns &amp; Karns to thank for that.
Ed B.
I can personally attest to the fact that Karns & Karns are perhaps the most responsive attorneys in California. To receive the sort of attention that I got from Mike and Bill is noteworthy.
Nelson A.
I have used the lawyers at Karns & Karns on a number of legal matters over the years. Their skill and expertise is unmatched in my opinion. When my family was the victim of fraud, I turned to the lawyers at Karns & Karns. After a long litigation battle which eventually went to arbitration, I was awarded over $1,500,000.00. The lawyers at Karns & Karns were extremely prepared and I would recommend them to anyone.
John B.
My experience with Karns & Karns is that they truly care. As a disabled veteran, I can’t ask for any better than two top gun lawyers whose main job is to get the best for me and my well-being.
Reginald R.
I was seriously injured in a motorcycle accident. Bill Karns was with me every step of the way. Even though the other driver said the accident was my fault, I recovered over $1,300,000.00. Mr. Karns was professional, courteous, and skilled. I would recommend him and Karns & Karns to anyone involved in a major personal injury case.
Hank E.
Call Now