Edgar Vera was born in Ensenada Mexico and emigrated to the United States in 1996 when he was 7 years old. He graduated California State University of Long Beach in 2011. Edgar put himself through college by working Fridays, Saturdays, and Sundays as a manager of a McDonald’s in Long Beach. He also volunteered Friday mornings at the Legal Aid Foundation of Los Angeles. Edgar graduated with a 3.7 GPA with honors with a B.A. in Philosophy and a B.S. in Criminal Justice.

Edgar’s hard work paid off when he was accepted to Loyola Law School of Los Angeles on a full academic scholarship. While at Loyola Law School, Edgar excelled in trial advocacy, joining Loyola Law School’s prestigious Mock Trial Team, which ranked #4 among all the nation’s law schools at the time. Edgar graduated from Loyola Law School in 2015 and passed the July 2015 California Bar Exam.

Edgar entered the personal injury field when he was sworn in as an attorney on December 1, 2015. He has personally handled hundreds of cases involving: auto accidents, trucking accidents, wrongful death, premises liability, medical malpractice, and dog bites. Edgar is both passionate and pragmatic when it comes to fighting for justice.
He is fluent in both English and Spanish.

Edgar is a proud member of the Consumer Attorneys Association of Los Angeles, the Mexican American Bar Association, and the Christian Legal Society.

Our Accomplishments and Associations 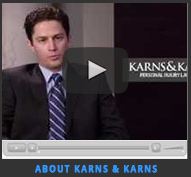 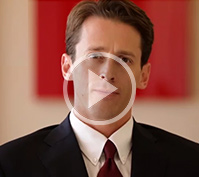 “Thank you so much for all the work everyone contributed to bringing my case to a successful conclusion. I am truly grateful to everyone.”

“After a horrible incident and life-changing event, Mike and Bill brought hope back into my life.”

“My experience with Karns & Karns is that they truly care. As a disabled veteran, I can’t ask for any better than two top gun lawyers whose main job is to get the best for me and my well-being.”